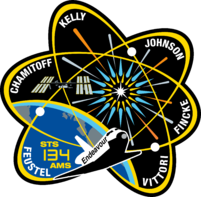 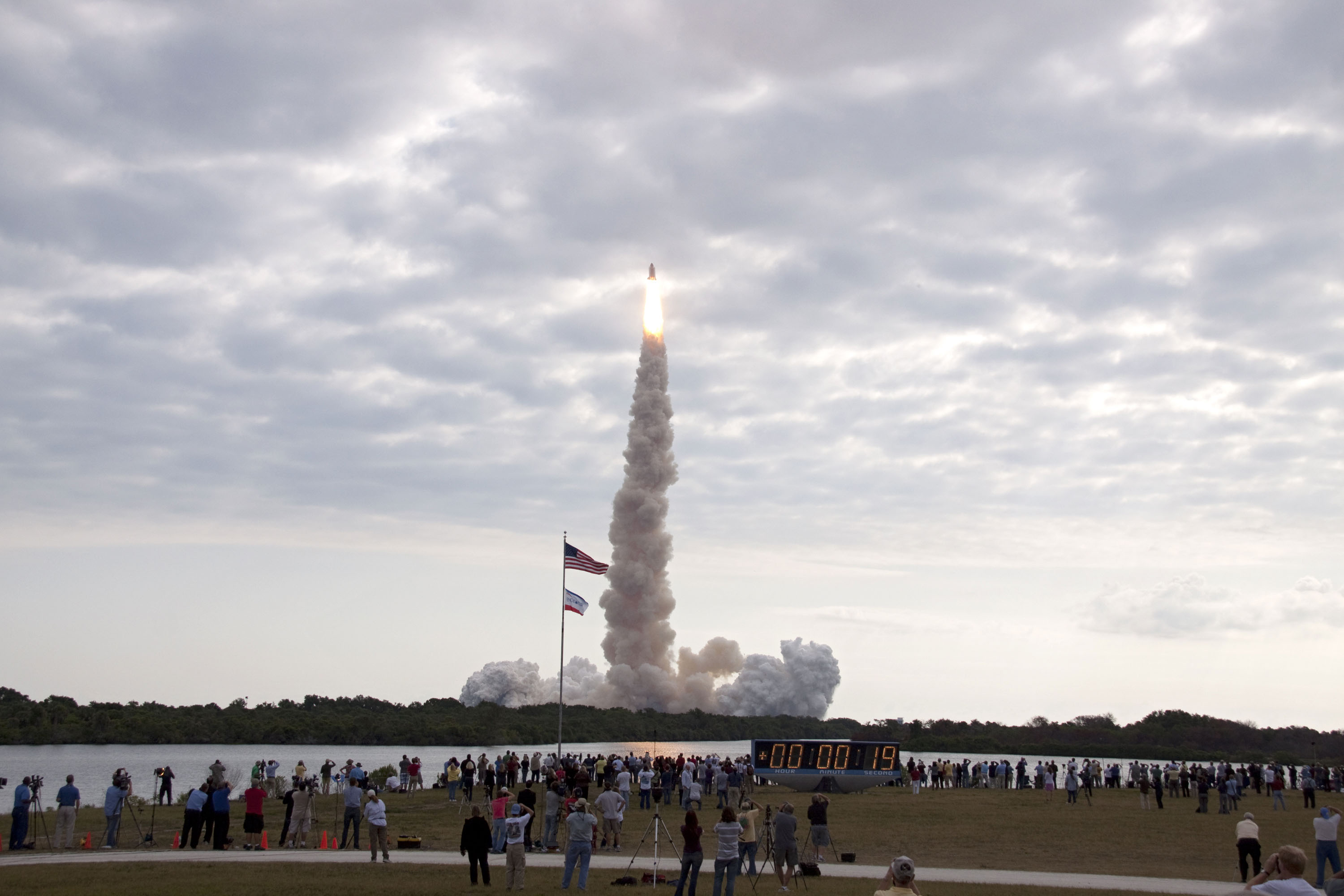 and we have liftoff - courtesy of Nasa 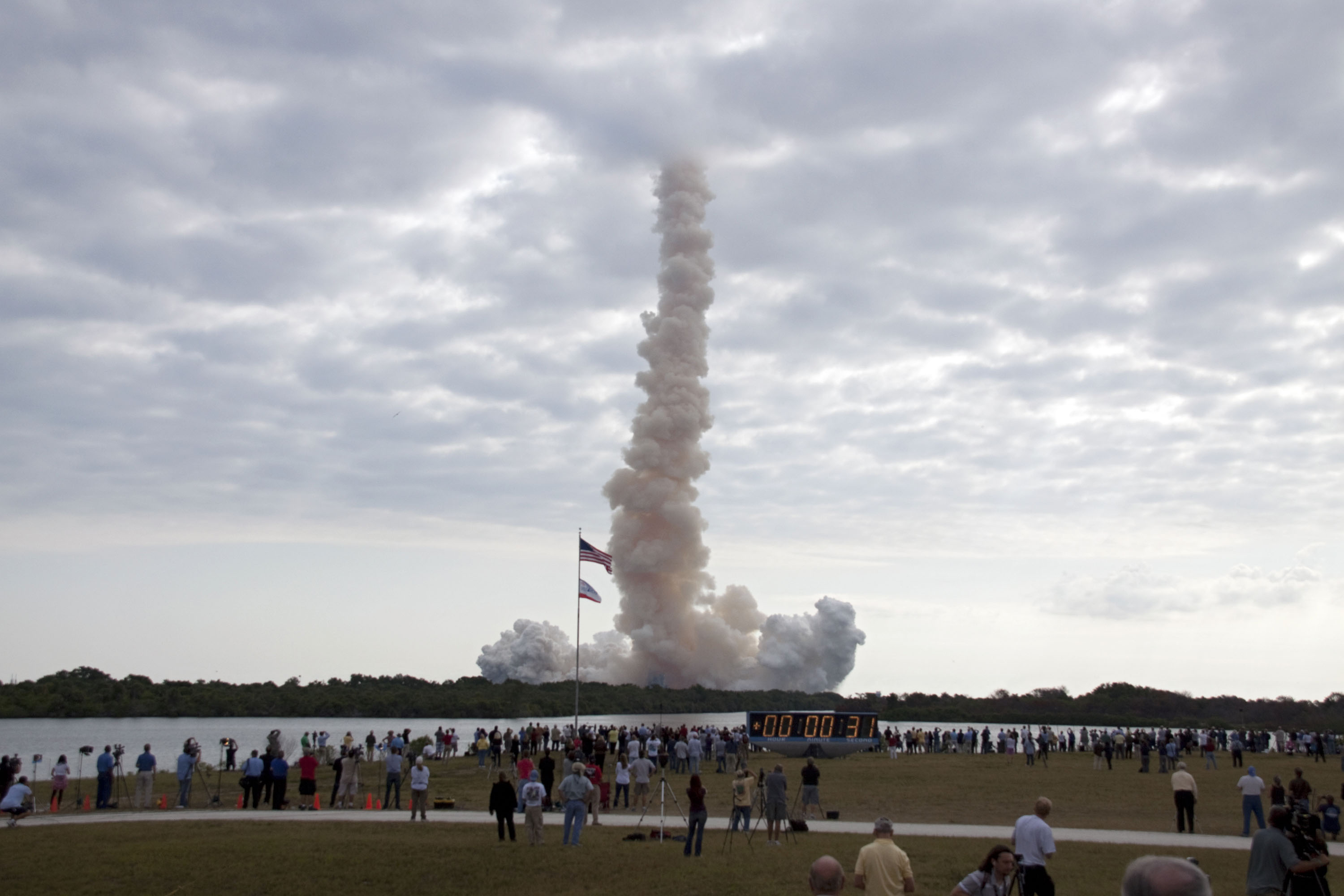 into the clouds a few seconds later - courtesy of Nasa 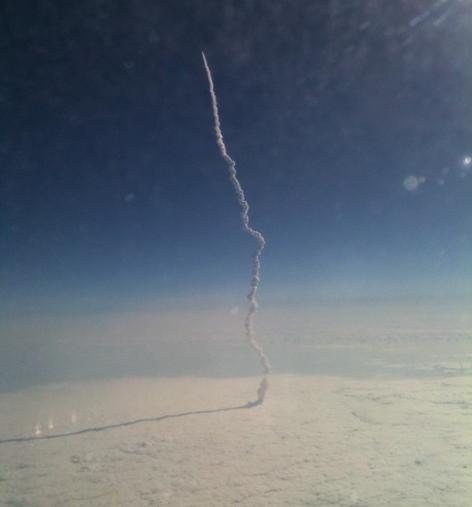 and then a view from a commercial jet using her iPhone 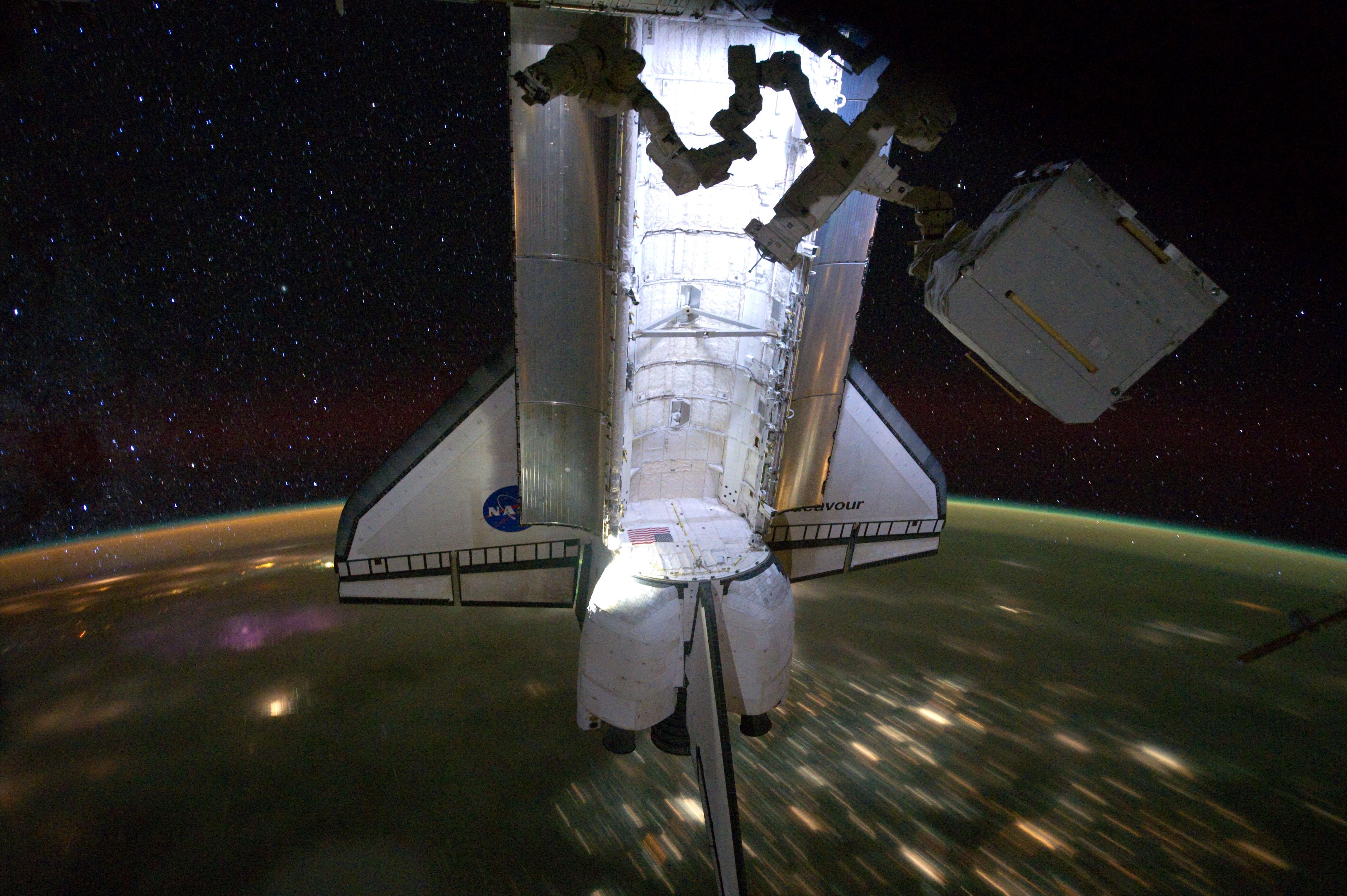 Floating in space one last time 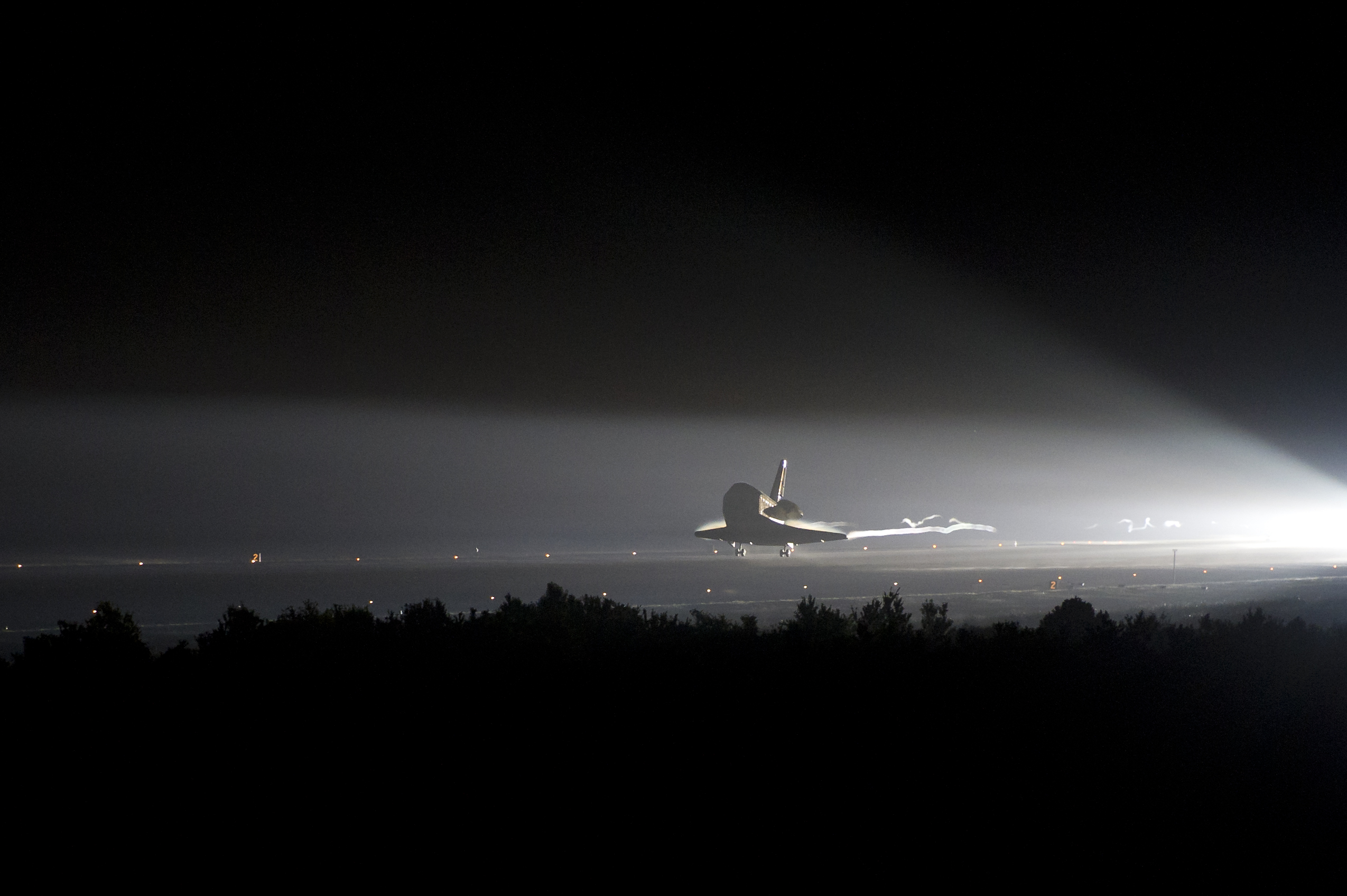 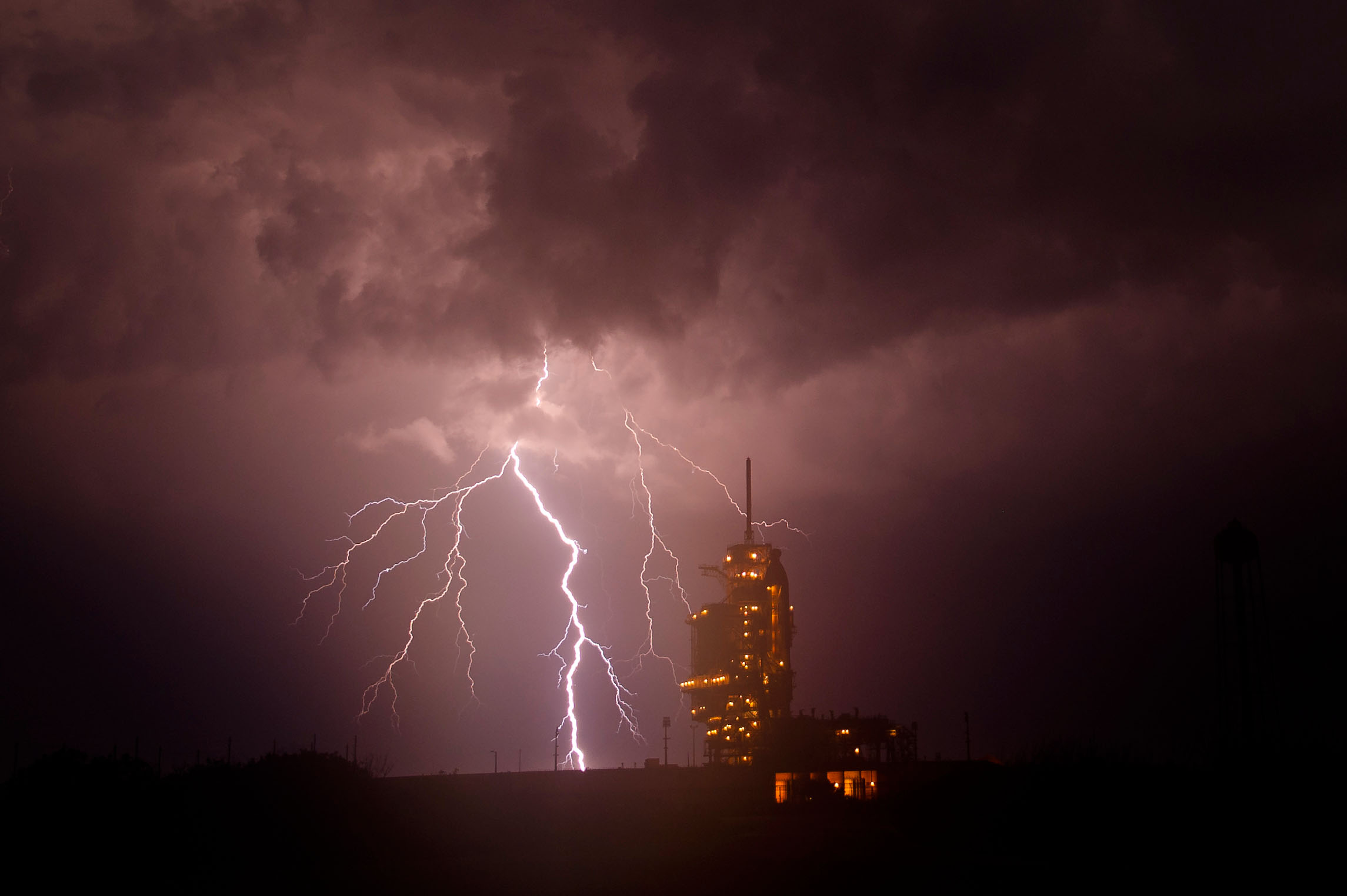 A close strike -courtesy of Nasa 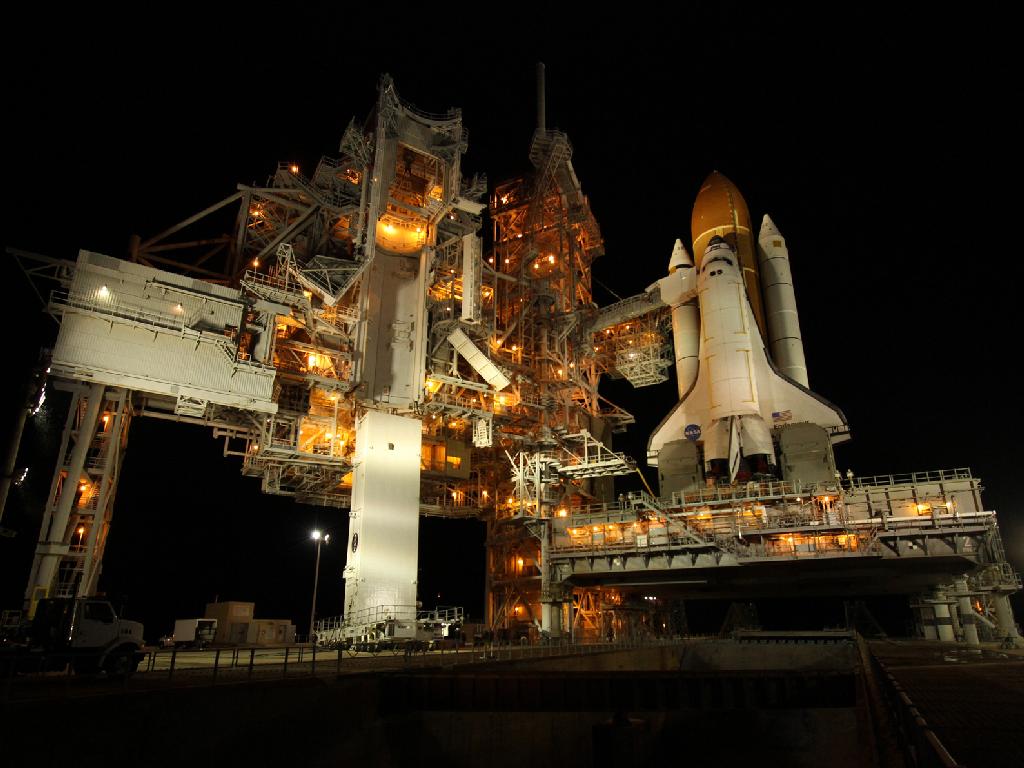 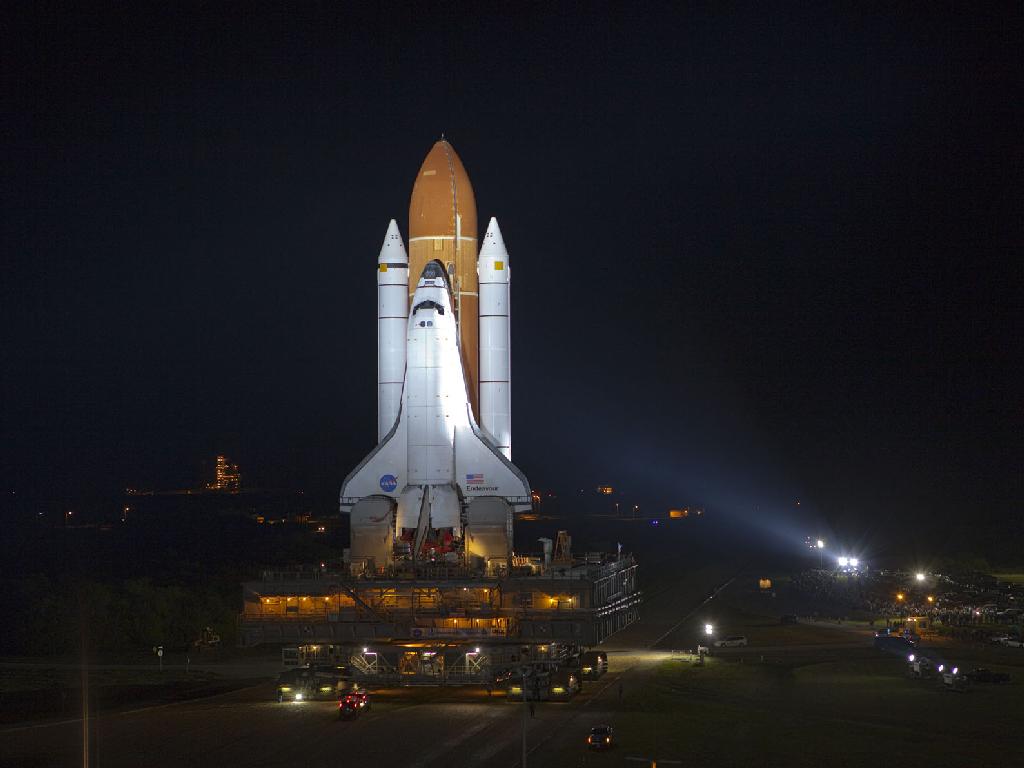 Endeavour on the crawler inching it's way to launch pad 39A 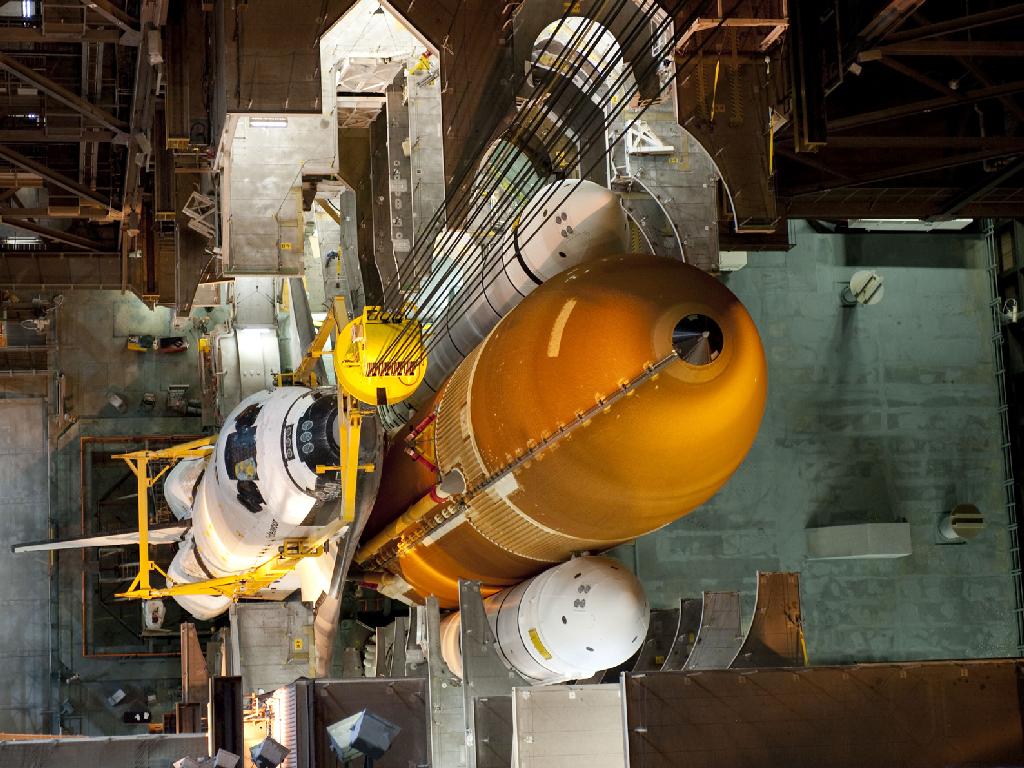 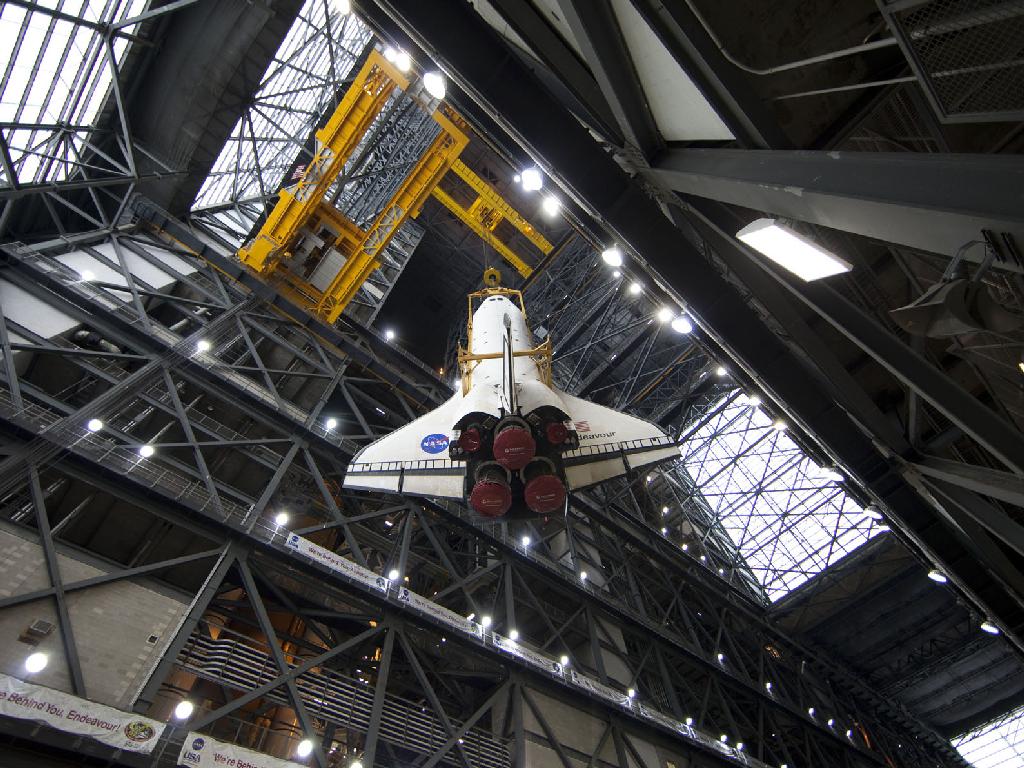 Endeavour being transferred to where the tanks are waiting