The Villa's of Grand Floridian 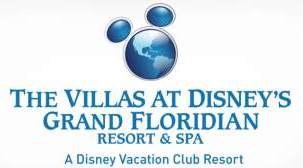 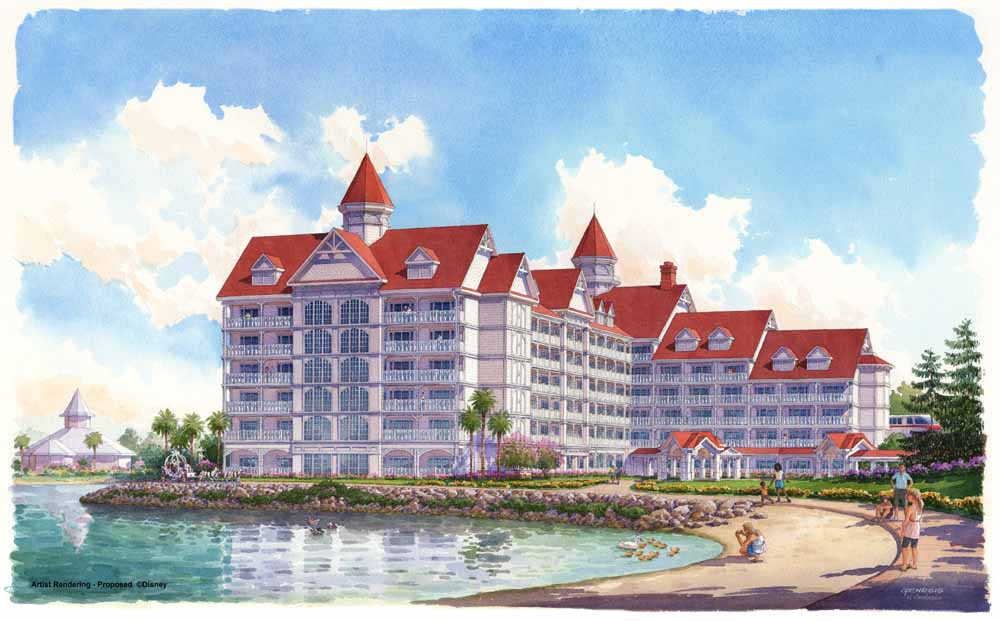 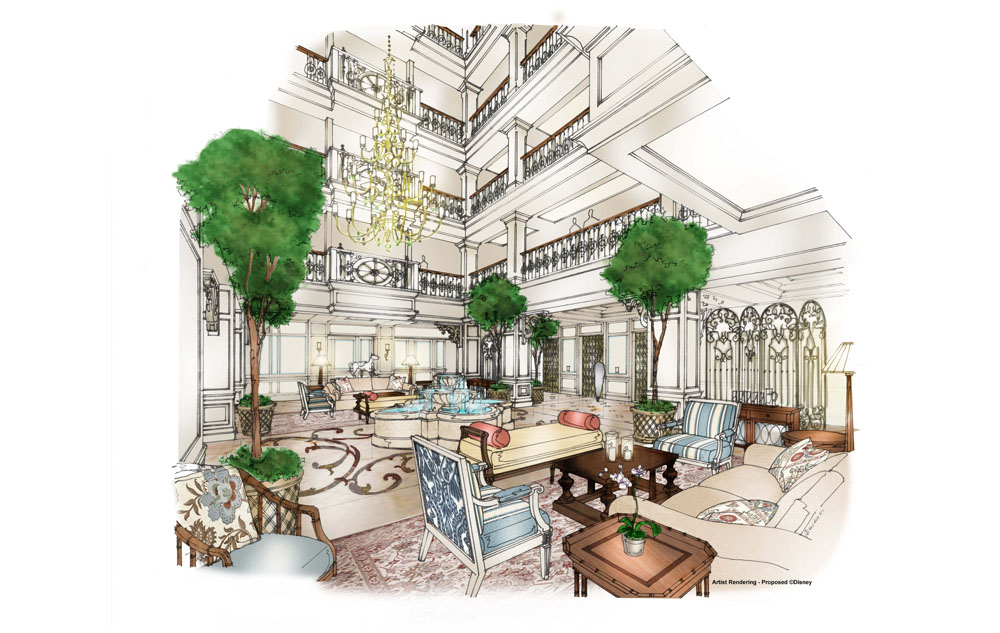 *Construction walls are going up - July 2011 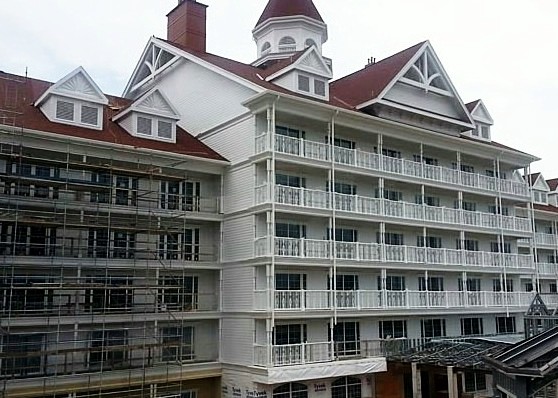 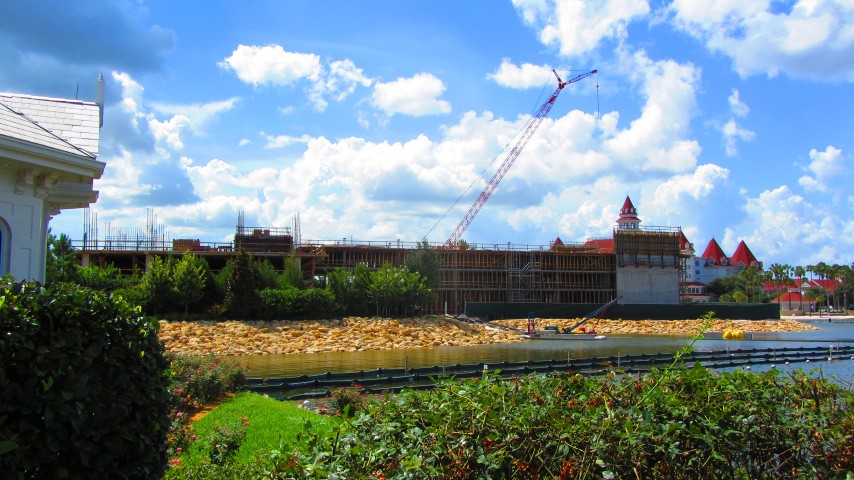 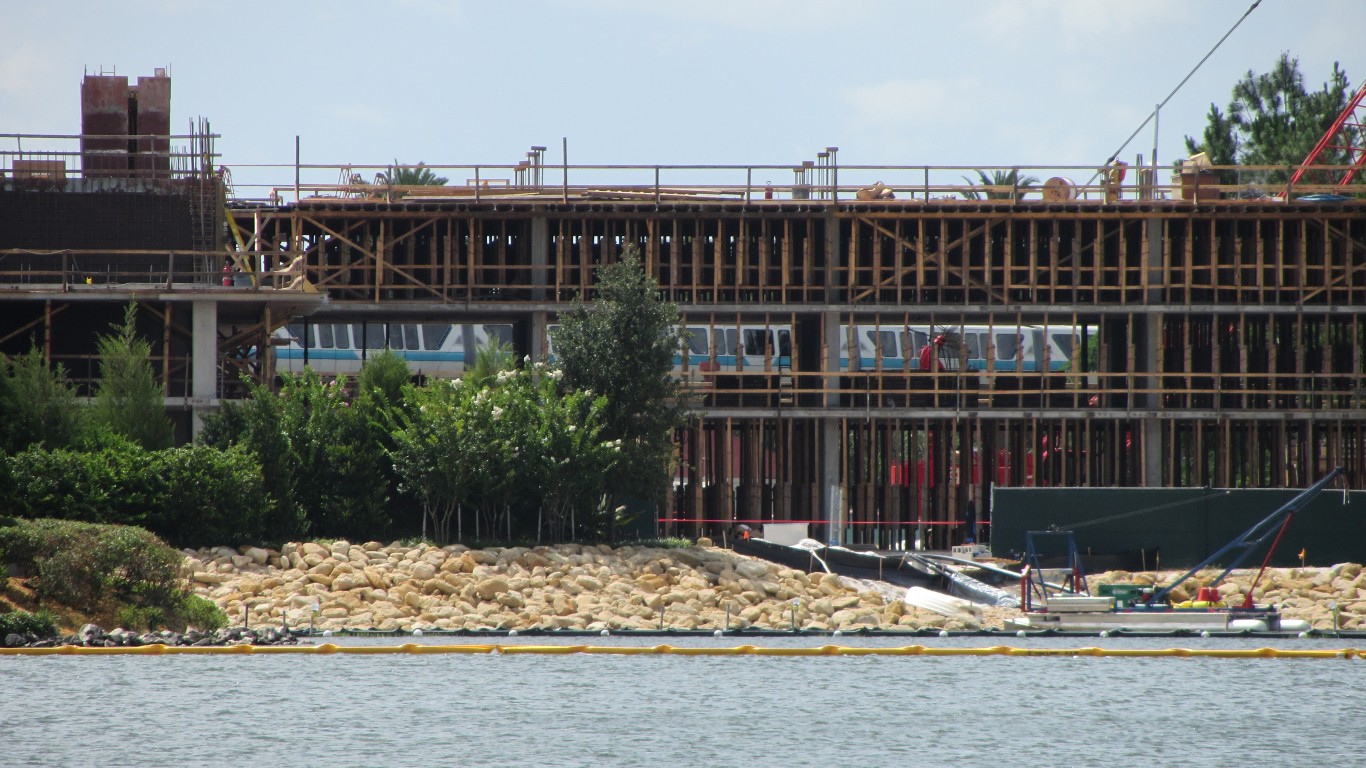 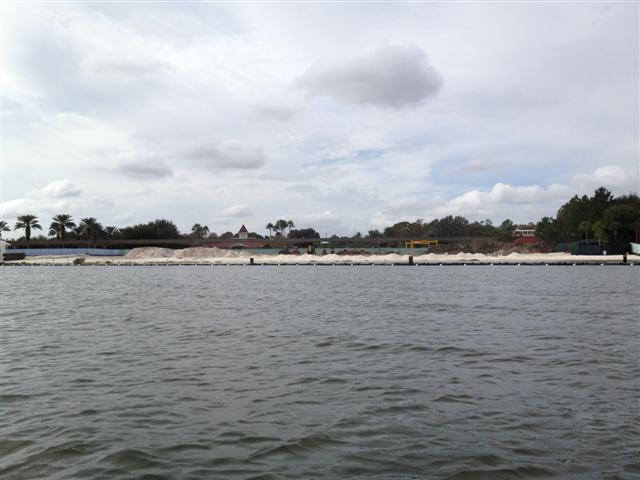 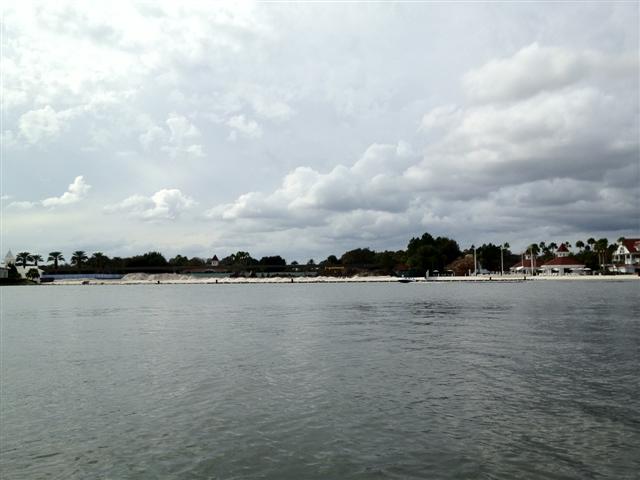 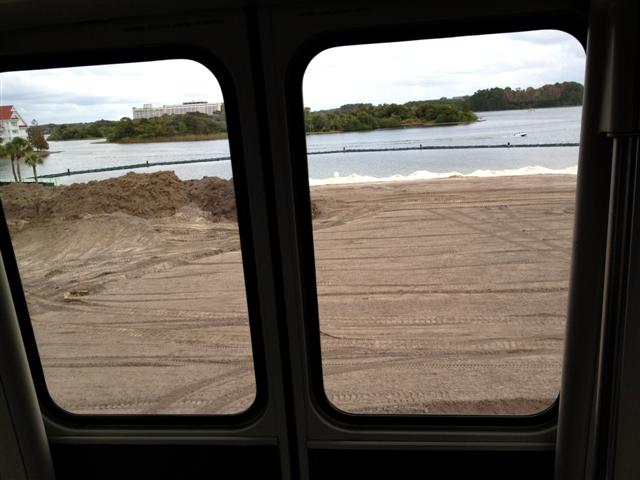 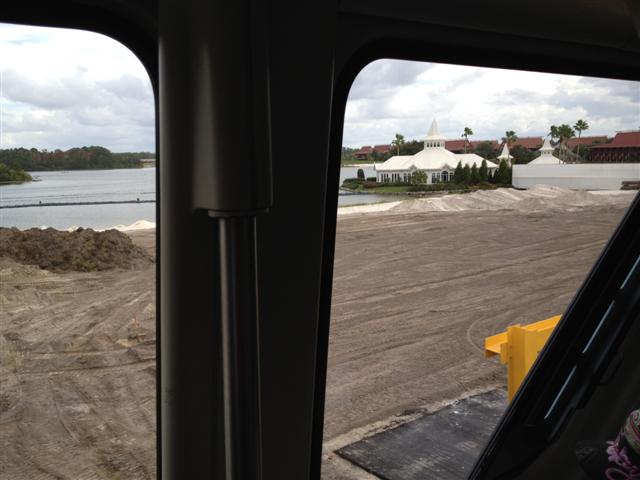 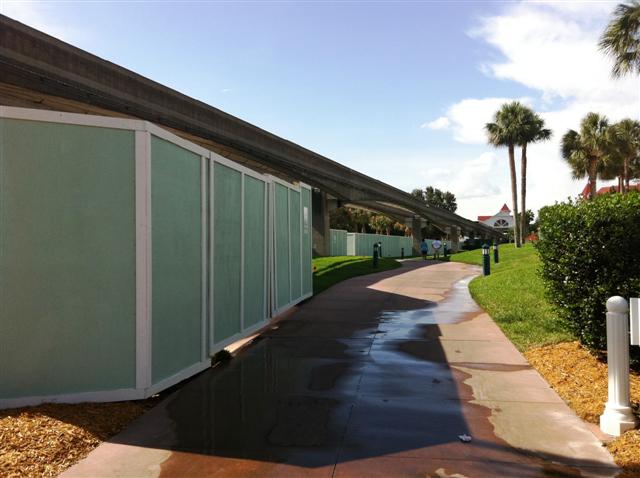 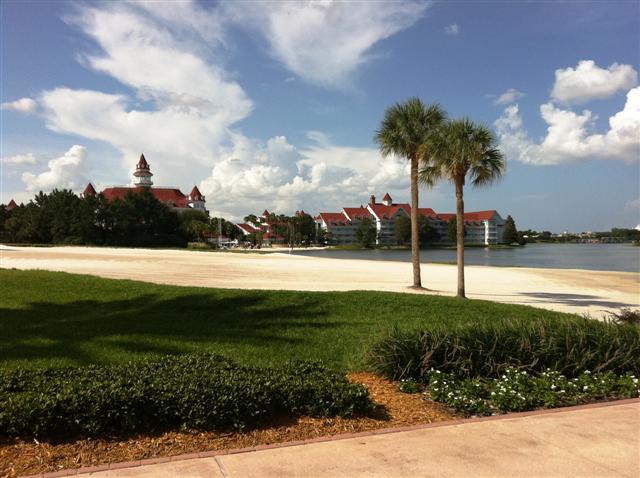 How it looks before the construction begins, looking from the Wedding Pavilion side. The building will take up most all this area shown. 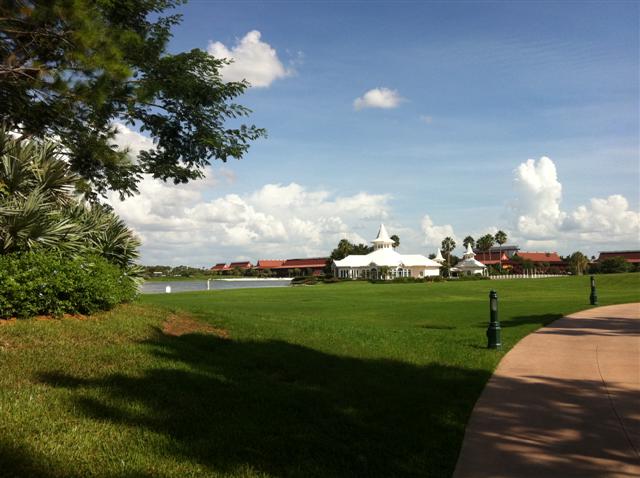 How it looks before the construction, looking from the Grand Floridian side. The building will take up most all this area shown.

DVC coming to the Grand Floridian

Although Disney declined to discuss its plans for the project, speculation is that the building will be used for Disney Vacation timeshares.

The 900-room Grand Floridian is the most expensive of the Disney hotels, with room rates starting at about $400 a night. 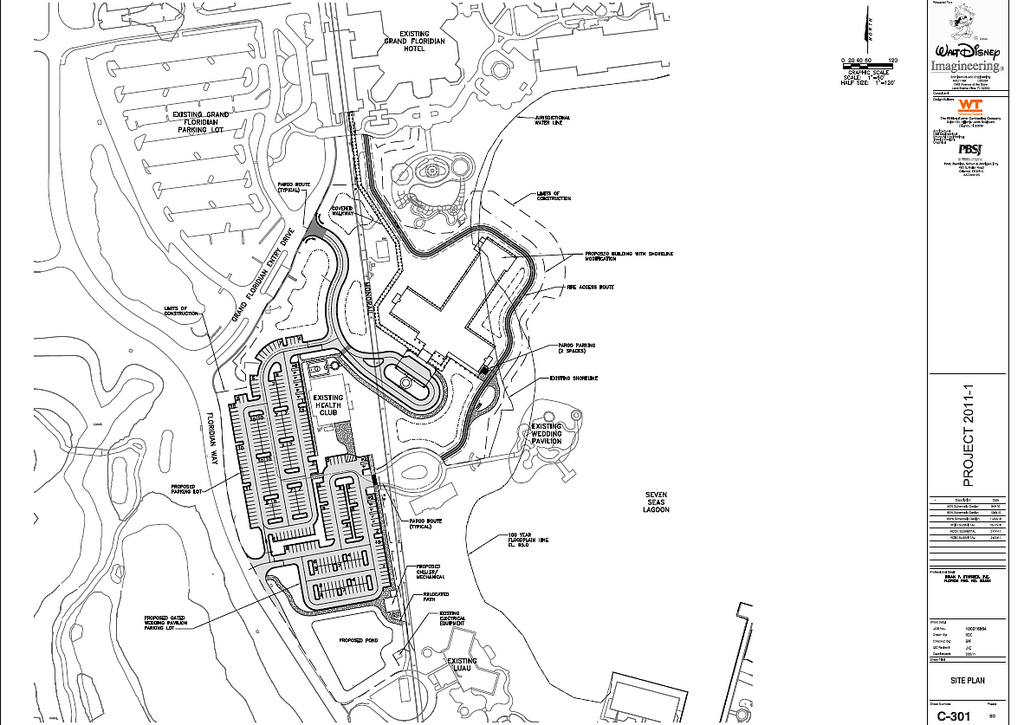 Here is more of the plans - Click here PDF 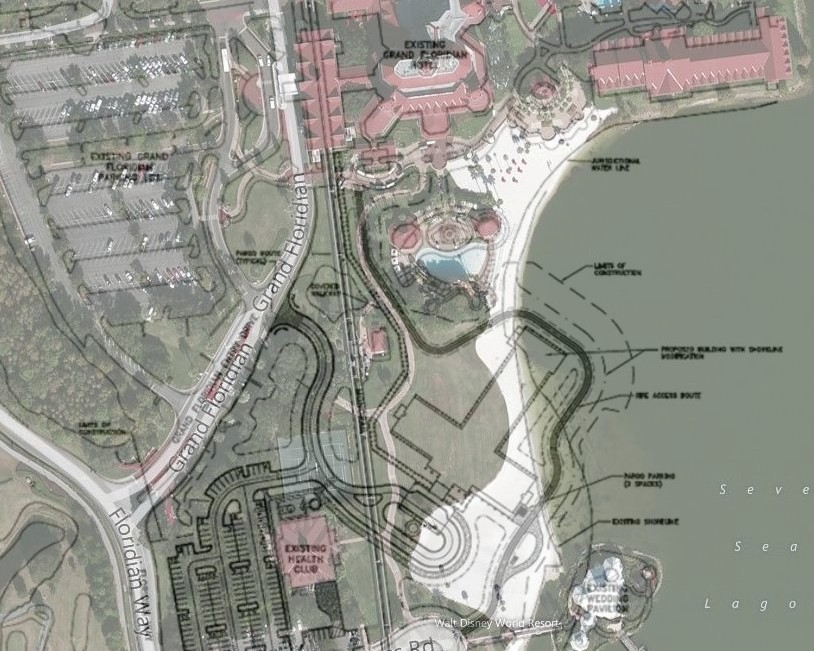 This is close representation overlay I put together.

Walt Disney World is preparing to build an addition to Disney's Grand Floridian Resort & Spa, the most expensive of the giant resort's 17 hotels.

A permit application submitted to the South Florida Water Management District describes a six- to seven-story, T-shaped building that will be connected via a covered walkway to the existing Grand Floridian. The nearly 900-room, Victorian-themed hotel, next to the Magic Kingdom, has standard room rates that begin at $440 a night.

No construction timetable was provided, and Disney wouldn't discuss the project Tuesday.

"At any given time, we have numerous projects in various stages of development across our resort," spokesman Bryan Malenius said. "If a project comes to fruition, we will share details when it makes sense to do so for our business."

But the plans, which were filed with the water-management district earlier this month and quickly surfaced online in Disney fan forums, have touched off widespread speculation that the building will be used for Disney Vacation Club time shares.

"It has all the markings of it," said Tim Krasniewski, publisher of DVCNews.com, a news website for Disney time-share owners.

Disney would be following a familiar model if that's what it does. The company's newest time-share project in Orlando, the 15-story Bay Lake Tower, was built as an addition to Disney's Contemporary Resort, another high-priced Disney hotel by the Magic Kingdom.

Disney also has a history of attempting to keep its time-share projects quiet for as long as possible, for fear of undermining sales at already-open properties. Disney refrained from discussing its Bay Lake Tower plans until nearly two years after breaking ground on the project.

A new time-share project would be the first Disney has launched since the global recession and credit crunch, which decimated much of the time-share industry. Sales at Disney's time-share business fell during the downturn; the unit generated an estimated $190 million a year in operating profit before the slump.

Still, Disney says it has been happy with Vacation Club's performance through the recession.

"It has been a business that has been far more resilient than I think any of us internally would have thought," Walt Disney Co. Chief Financial Officer Jay Rasulo said during an analyst conference earlier this month.

Rasulo added that Disney prefers not to do lengthy pre-sales for its time-share developments. "We basically like people to be able to use their unit as soon as they buy in for the Vacation Club," he said.

Krasniewski said it would make sense for Disney to begin work on its next Orlando time share now. He said he expects Bay Lake Tower to sell out before the end of the year, based on documents filed with Orange County.

Disney declined to discuss the pace of sales in Bay Lake Tower, other than to say it is "pleased with the continued popularity" of the project.