Country Magic at the Magic Kingdom 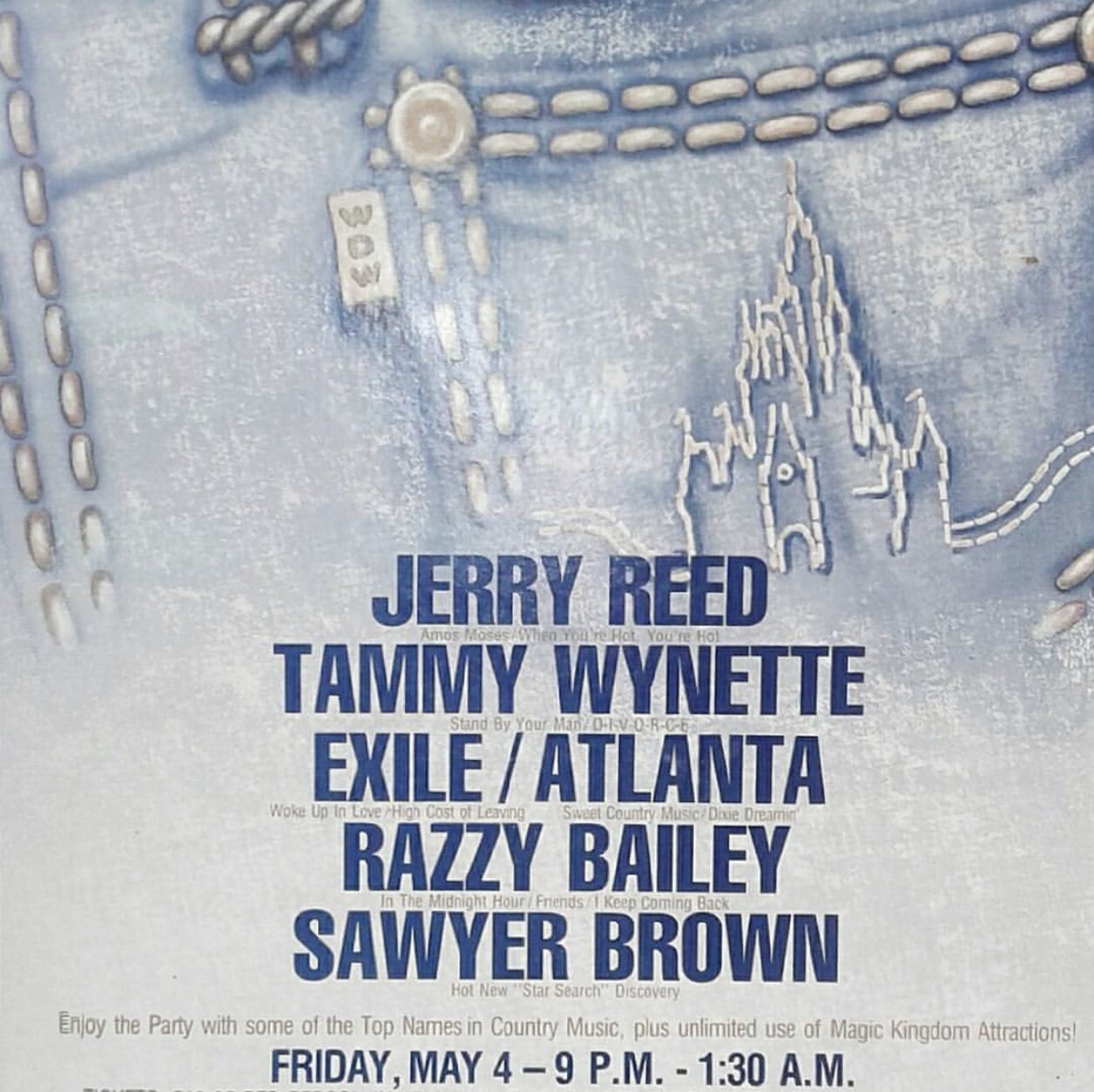 Above image shared by the group Atlanta's very own, Alan David. Thank you! 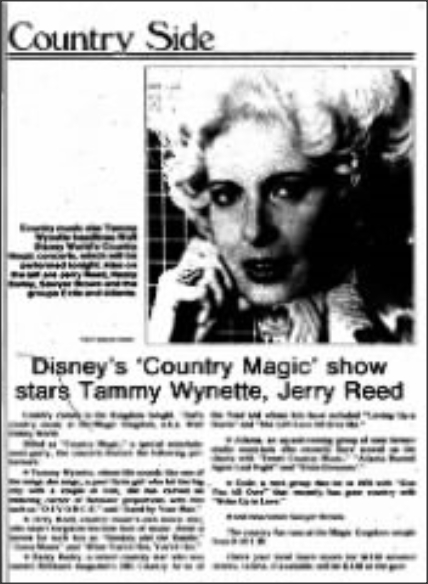 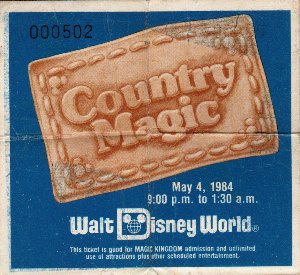 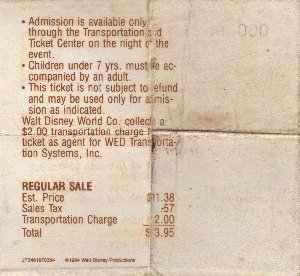 My ticket from 1984, it was found in an old wallet a few years back. I was only 17 at the time and was very excited about the night. Daniel, one of my best friends still today bought it for me.

The performers included that night;

Legendary country songstress Tammy Wynette stars with music and mirth-maker Jerry Reed and four other top country acts in "Country Magic," May 4 in the Magic Kingdom MAGIC KINGDOM On Friday, May 4, country and western artists Jerry Reed and Tammy Wynette will star in an evening of toe tappin' music and rip-snortin' good times. Billed as Country Magic, this very special event will also feature the talents of Exile ("Woke Up In Love"), Atlanta ("Dixie Dreamin' "), Razzy Bailey ("In The Midnight I lour") and Sawyer Brown. Headliner Reed's own special blend of musicianship and infectious humor, combined with Ms. Wynette's unique style and down-to-earth appeal promises to make this musical event of the year. The evening gets underway at 9 p.m. and lasts until 1:30 a.m. Your special Country Magic ticket gets you all the exciting music of these great acts plus unlimited use of the , more than 40 attractions in the Magic Kingdom. Tickets are $12 95 per person, in advance, and are available at participating Sears stores and Walt Disney World ticket locations. Tickets will be $13 95 at the gate, available. Annual Passports will not be honored at this special event. - Orlando Sentinel 1984

"Disney's 'Country Magic' show stars Tammy Wynette, Jerry Reed coming to the Kingdom tonight. That country music at the Magic Kingdom, a.k.a. Walt Disney World. Billed as "Country Magic," a special entertainment party, the concerts feature the following performers: Tammy Wynette, whose life sounds like one of the songs she sings; a poor farm girl who hit the big city with a couple of kids, she has carved an enduring career of fantastic proportions with hits such as "D.I.V.O.R.C.E." and "Stand by Your Man." Jerry Reed, country music's own movie star, who hasn't forgotten his first love of music. Reed is known for such hits as "Smokey and the Bandit," "Amos Moses" and "When You're Hot, You're Hot." Razzy Bailey, a newer country star who was named Billboard magazine's 1981 Country Artist of the Year and whose hits have included "Loving Up a Storm" and "She Left Love All Over Me." Atlanta, an up - and - coming group of nine former studio musicians who recently have scored on the charts with "Sweet Country Music," "Atlanta Burned Again Last Night" and "Dixie Dreamin'." Exile, a rock group that hit in 1978 with "Kiss You All Over" that recently has gone country with "Woke Up in Love." and newcomer Sawyer Brown. The country fun runs at the Magic Kingdom tonight from 9 till 1:30. Check your local Sears stores for $12.95 advance tickets; tickets, if available, will be $13.95 at the gate. - Florida Today 1984

If anyone has any pictures or video of this event please email it. I would really appreciate that. Thanks